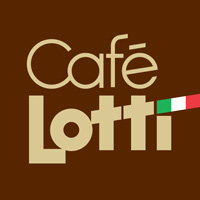 NEK Coffee lovers are in for a treat: Cafe Lotti opens in East Burke with unique nitro brewed coffee.

On a trip to Chicago, circa 2013, Johnny Lotti had an epiphany – “a coffee awakening.” He was at a coffee festival and took a sip of Josuma Coffee. He stopped in his tracks. The coffee was delicate, yet robust; the flavor coyly revealing itself; the scent, texture: sublime. “I’m someone who’s a coffee addict and I’ve drunk a lot of coffee, truck stop, filtered, Italian, coffee on a lobster boat in a storm, you name it. But this was the best coffee I had ever had. And I mean ever.”

He and his wife, Linda, had already been scheming to abandon their steady jobs and cozy neighborhood near Boston. On biking weekends to Vermont, they’d fallen hard for the wild green hills and bike trails of the Kingdom. “But, man, it was difficult to get a decent cup of coffee,” says Johnny. They started dreaming about a coffee shop near their new home in East Burke.

Their mission became an obsession: “We realized we were going to have to make the coffee ourselves, and that meant opening a cafe”. On their three-year quest they discovered Nitro Brew, a cold-brewed coffee infused with nitrogen to give it a creamy, smooth stout-like taste – unlike hot coffee poured over ice, which turns bitter and watery. It also has a serious caffeine kick. “Perfect,” Johnny says, “For bikers who want to keep their heart rates up!”

Cafe Lotti, which opened September 23, is the only coffee shop in the Northeast Kingdom to serve Nitro Brew. For traditionalists, the Lotti (yes, Lotti is Italian) also serve Italian-style coffee brewed in their gleaming, fire-engine red, Italian-crafted La Marzocco espresso machine. La Marzocco has a double boiler, one to heat the water and one for the steam. For the optimum espresso drink, the water should be 205 degrees, and most single boilers can’t retain this temperature, leading to weaker coffee. “We learned that quality take enormous effort,” says Linda. “So many variables go into making great coffee, and I really got to love the process, the perfecting.”

For the Lottis, the cafe is about more than coffee – and teas, hot cocoa, and Johnny’s cannolis. Located on the main drag in East Burke Village, Cafe Lotti was once a church. The tall church windows flood the high-ceilinged room with light, even on gloomy days. “The space was originally designed to create a sense of community and belonging,” says Linda. “And we want this to be a community place, to have book clubs and poetry readings, art exhibits, events, as well as just a great friendly place to hang out.”

Next year, the cafe will expand its outdoor seating area to take advantage of the sunny, street-side location. “We love that people will be able to walk or bike in, and that the snow-mobile trail is so close.” Linda and Johnny will also be adding more food items such as baked goods, sandwiches, snacks and burritos. “We really want to complement the great options already here in East Burke,” notes Linda. “We want to be part of the reason people come here to live and play.”